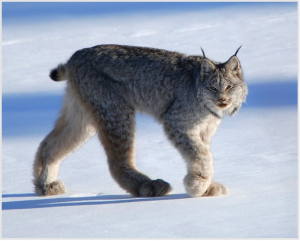 It’s no secret that the habitat of our more Northern creatures is declining due to increases in overall temperature. It is also true that in the history of the earth, there have been closings and openings of waterways and formation and then subsequent retreat of glacial ice sheets; however, it is the rate at which Arctic ecosystems are now changing that is of concern (Root et al. 2003, Overpeck et al. 2005, Walsh 2008). Research is now being done to explore what the effects of melting ice and loss of habitat are on Arctic species populations.

One such paper was written by the Ecological Society of America (Moore and Huntington in 2008, Ecological Applications pp. S157-S165). In this paper, the authors explore how recent changes in Arctic climate may challenge the adaptive capability of more northern adapted species, such as some species of whales, walrus seals and polar bears. END_OF_DOCUMENT_TOKEN_TO_BE_REPLACED